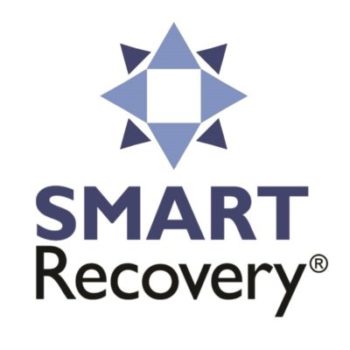 I have been an advocate of SMART (Self management and recovery training) since I discovered the modality based in cognitive behavioral therapy back in 2015.  Since then I’ve participated in a local meeting regularly, and eventually began facilitating a group.  People often ask me why I prefer SMART over other modalities (primarily the 12 step AA/NA model).  The obvious reason is simple, it worked for me.  I found it empowering and an effective way of preventing myself from becoming complacent on my recovery journey.  I decided it may be a good idea to articulate in writing what it is about SMART I have found so helpful in contrast to my personal experiences with narcotics anonymous.  This is by no means me claiming SMART is better than AA and NA, so I’m going to clarify right off the bat that I recognize recovery is unique to each individual and the responsibility is on you to find what works best.  I endorse SMART because it’s worked for me, so please don’t read this as a slight against the anonymous modality, they have helped many people and will continue to do so.  Many individuals participate in both SMART & AA or NA.

I also recognize that my experiences with the 12 step anonymous modality are biased and not the same experiences others have had.  12 step groups tend to run autonomously and quality and content of meetings can vary widely.

Here are my 6 personal reasons I prefer SMART over the 12 step anonymous modality:

1. Anonymous teaches that you are absolutely powerless over addiction (and addictive behaviors), which I find to be a crippling belief system that ignores personal responsibility.

The SMART handbook teaches about the hierarchy of values through which I discovered that I value personal responsibility very highly.  Believing that I was powerless over addiction was actually counter productive in my life.  It had the unhelpful side effect of allowing me to believe that addiction in my life was the by-product of genetics or other circumstances out of my control.  SMART teaches you to take responsibility for your choices and recognize that you do have the power to make different ones.

SMART believes the individual is capable of taking personal responsibility for their life & choices, and can grow in self awareness so that destructive patterns don’t have to keep repeating.

2. Anonymous leans towards the disease model and implies “once an addict always an addict” which is rather hopeless.

While this is a hotly debated and controversial idea I am not someone who can “blame the disease” instead of take responsibility for my choices, nor do I place a high level of influence on genetics when it comes to addiction (though I realize they do play some role).  Early in my experiences with NA I was introduced to the idea “once an addict always an addict” while I interpret the spirit of this motto to imply that one must always be on guard against complacency and aware of your vulnerabilities, it for me had the negative affect of making recovery seem like a hopeless task.

3. Anonymous encourages destructive and unhelpful labels “I am an addict”

I’ve never been one for labels, and have always found the necessity to introduce oneself with the statement “I am an addict” to be positively counter productive.  Again this is a personal decision as some people are empowered by the helpful reminder of where they came from.  I however prefer to call things as they are.  If I’m now living a life free of substance there is no reason to continue operating with a pejorative label.  It’s interesting that nicotine is widely accepted as one of the hardest drugs to quit, but NO ONE that has ever quit smoking walks around years later still referring to themselves as a nicotine addict.  In fact if we met someone that called themselves a smoker but never smoked we would think they it was downright bizarre.  People change, and the way we identify should reflect that change.  SMART on the other hand discourages the use of labels.

This is a big one for me, and may be more based on the personal experiences I had with the groups I participated in.  However the system of fobs and cakes creates a very unfortunate side effect in which relapse is shamed.  I am far more interested individuals are growing, changing & learning than I am in exactly how many days of sobriety they have.  In fact in my past the preoccupation with number of days was unhelpful.  There is a common and strange obsession in addiction recovery where we believe individuals earn credibility based on number of days sober.  This has the tendency of over valuing input from people with a lot of clean time and under valuing the input of people with a little.  Number of days sober should not be a measuring stick for success.  This segue’s to my next point…

5. Anonymous can create an unhelpful hierarchy based on number of days sober which may not always be helpful.

People with the most days sober are seen as the most successful, this metric is probably not the best way of determining someones value or the value of their contributions to a group.  People with short amounts of time sober are often asked to stay silent and may not feel welcomed into a group.

SMART sees lapses / relapse as a learning opportunity rather than failure.  Since sobriety is not placed on a pedestal within SMART groups (there is no formal method of recognizing days / years of sobriety, this does not mean groups and individuals do not acknowledge or congratulate people when they mention their length of sobriety) individuals often feel free to share about their struggles and are accepted within the group at any stage.  SMART does not create hierarchies or limit the sharing of individuals based on their sobriety.  Additionally the SMART network doesn’t elevate people to positions which allows every participant to be on an equal playing field.

6. SMART sees addiction as a learned behaviour and focuses in on how you can look at the belief systems in your life that perpetuate those patterns & behaviors.

This point is self explanatory and at the foundation of SMART.  You learned your addictive behavior, and through self analysis & awareness, evidence based tools one can learn to act and cope with life’s problems and emotional upsets differently.  SMART recognizes that addictive behaviors are actually effective short term coping methods, but as we discover cause harmful problems in the long term.

For more on SMART please visit their website at smartrecovery.org
To find a SMART meeting near you search here.