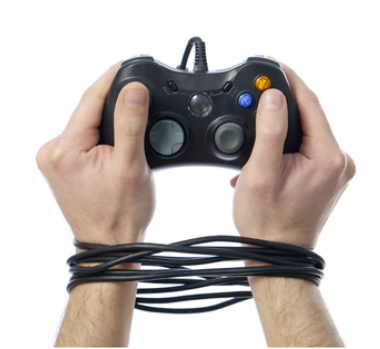 I met Joe a year ago and in our conversations around addiction he mentioned how process addictions like video games & fast food were often overlooked and yet have within them potential to cause just as much suffering.

With the ongoing overdose crisis and the risk of death from the illicit & toxic drug supply I do fear we minimize the suffering and loss of potential that many people are experiencing. Joe asked if he could share some of his story which he’s written, and I’m publishing here with permission.

Four years doesn’t seem to be a long time; especially when looking back at the age of twenty-two. But though time has flown by, I know those have been the longest four years of my life. It started in a forest smoking weed with some coworkers from camp. I have always been a person who indulges in instant gratification

I had a very good life, very good friends, and have a great family; I did not know how life could get worse and after the first high I only thought it could get better.

The first high will always be your last. Meaning, you’ll never experience the same intense dopamine rush and sensations of the previous high, the experience, after the last, will not be as new or exciting. I realized this at the beginning of my cannabis addiction but I didn’t care and chose the instant gratification by adding new ways to get more dopamine. At first, being high was way better than being sober. I wasn’t running away from serious problems in my life but ran away from the boredom sobriety brought, after a day of pure enjoyment. Every day mundane activities like brushing teeth, having a shower, driving to work, walking around a store, and etc. were all made new and interesting.

The most fun I would experience was in junk food and playing video games.

The feelings of ‘more’ and ‘not enough’ were the driving forces behind my addiction. And. I. Always. Needed. More.

Your life can be deprived of the fundamentals to human happiness (connections, friends, family, meaning & purpose) yet ‘more’ becomes more important when seeking out a dopamine rush, even though happiness drifts farther and father away with every choice.

I was always on and off with weed but the video games were non-stop eight hours a day or more for at least three years. I would get home from work and stay up until the AM or not go to sleep at all. Eventually missing work all together. My friends weren’t into smoking or video games so eventually I
disconnected from them and became friendless. I had a couple potheads and video game buffs in my life but they weren’t the friends people need.

My family couldn’t do anything to convince me to stop wasting my life so eventually they gave up as well and I was left alone, playing by myself, only talking to people at work or the ‘friends’ that would log on for an hour, during my binges, and we would only talk about games.

To sum it up, non-stop gaming made me depressed, the loneliness lead to more smoking, more gaming, more eating, and therefore wasting more of my life.

Two and a half years into my addictions I wasn’t interacting with anyone… I
had no friends and disconnected from my family entirely. The loneliness, depression, and the lack of will made it hard to keep a steady job. I went through four jobs in six months. During this time I lived by myself, for eight months in a small garage suite, looking at a screen, high out of my mind until I greened out. It got to a point were I was in a drive thru everyday, ordering two or three meals for one person. Smoking an ounce a day for two weeks because I got to the point were I didn’t know when I was
high, but knew when I was sober. And I hated being sober.

Days and days of non-stop screen time morning until night. I wasted all my savings and the money I was making was going to rent, car insurance, and feeding my addictions. I couldn’t live in the darkness I bestowed upon myself. I felt like a failure and I recognized this fact throughout my years of addiction, which made me more depressed, which lead to perpetuating the cycle.

My breaking point came when I realized all the substances I was using to be ‘happy’ were not making me happy. The affects of my self-indulgence wore off and I was living in Hell on Earth. Needing a dopamine rush even
though you’re aware it’s bringing you down is the worst inconsistency a human can experience.

The only way I could get out of my addiction was to ask for help. With new friends, family, and searching for meaning and purpose in my life, it became obvious to me where real connections and happiness are formed.

I used to weigh two hundred and eighty five pounds and felt like crap everyday. The lack of exercise due to gaming and fast food brought me up one hundred pounds heavier in one year. Now I’m down to two hundred pounds after just five months of quitting fast food and pot smoking. The realization of being overweight and probably dying at the age of thirty-five woke me up to the need for change. I quit video games cold turkey and haven’t looked back after a year.

It seems my memory of being depressed and alone while playing has kept me away from that. I’ve only been five months sober, yet these past five months have been happier than the last four years.

The dopamine rush people with addictions of any kind experience can come from many different places. I may not have used harder drugs but the loneliness, depression, and suffering were all the same.

Gaming may be fun but for me I had to conclude it was a waste of time. I may as well have been looking at my TV turned off. Video games didn’t make me money, help me get a higher education, or teach me anything about living.

Fast food can taste like heaven but it’s hell when eaten consistently. Waste of money as well. When someone says cannabis isn’t addicting you better check yourself if you’re using it everyday.

If you know someone who’s struggling with an addiction of any kind encourage him or her to be open and don’t judge them. Be their
friend. Loneliness is the worst place a human can be in. It is the exact opposite of happiness.