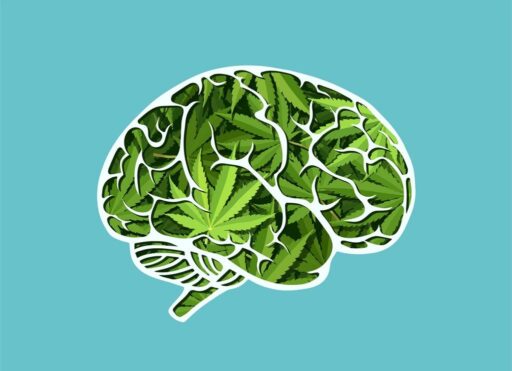 I thought I’d take this opportunity to write about a topic that has been a significant professional concern in my own practice as a psychiatrist, but also a topic every parent should learn about: the potential impact of cannabis on a developing brain.

According to the National Cannabis Survey, which collects cannabis use rates in Canada, one-third of 18 to 24-year-olds in 2019 reported consuming cannabis in the past three months. Another 2019 Canadian survey found that approximately 4.4 million Canadians aged 15 or older reported using cannabis at least once in the past year.

Cannabis contains more than 500 chemicals, including two “cannabinoids”, tetrahydrocannabinol (THC) and cannabidiol (CBD). THC is responsible for the cannabis high, but what’s available in the schoolyard is not what your parents or grandparents smoked in the ‘60s.

Over the last many decades, cannabis has been cultivated to increase its potency, from one to four per cent THC to 20 to 40 per cent or more, depending on the product. High potency THC is more impairing, addictive and more likely to negatively impact a developing brain. Parents are often shocked to learn there is a correlation between psychosis and cannabis.

Conversely, CBD counters the effects of THC. A growing body of scientific research demonstrates CBD’s anti-inﬂammatory, analgesic, anticonvulsant, antipsychotic and anti-anxiety properties. Unfortunately, the amount of CBD found in recreational cannabis has steadily declined, which has heightened its pro-psychotic risk to the developing brain and other negative effects due to unopposed THC.

An abundance of scientific evidence compiled over decades demonstrates the serious risks posed by THC, particularly for young brains. Despite the science, myths abound and those who champion the safety of cannabis perpetrate false narratives and are often highly critical of an evidence-based alternative view.

Myth: cannabis is safe because it’s a “natural product”

There is a perception that cannabis isn’t harmful because it’s natural, however, natural doesn’t necessarily mean safe. For instance, other natural products include arsenic, pufferfish toxin and tobacco, which all have a variety of detrimental, even deadly, effects. Whether it’s cannabis or salmon you’re smoking, the smoke from these products contains toxins that are linked to cancer and chronic lung diseases. Beyond the risk of smoke inhalation, THC use has been associated with lowered IQ and has also been linked to neurotoxicity (brain cell damage), mental illness, motor vehicle accidents and much more.

Myth: cannabis is a safer alternative to alcohol for teens

Comparing favourably to alcohol – a substance associated with very serious medical and social problems – isn’t much to crow about, but is cannabis truly a safer alternative?

Critically important brain development occurs in the teen years and continues until about age 25. Adolescence is a time of significant brain remodeling, when brain cells (neurons) create specialized connections between critical brain regions. Serious mental illnesses such as schizophrenia often present during this remodeling phase. The impact of THC on a developing brain can be profound and life-altering.

A 2016 study reviewed 31 scientific papers and reported compelling evidence that high THC levels found in street cannabis alter brain structure, size and function, especially for frequent, heavy users. The amount of damage is directly correlated with THC potency, frequency of use and the age when cannabis use begins.

Neurons in brain areas rich in cannabinoid receptors, including the prefrontal cortex (PFC), hippocampus and amygdala, may be damaged or destroyed by THC.

The PFC is the brain’s executive, necessary for mature adult behaviour such as organizing, planning, forward thinking and critical thinking. If you’ve parented a teenager, you know their PFC isn’t fully developed; for many it isn’t fully functional until age 25, so cannabis use up until that age should be avoided.

The comical part two of this comment is, “…because I drive more slowly.” Any mind-altering substance impacts driving. While nearly 80 per cent of us believe alcohol impairs drivers, only 30 per cent believe the same about cannabis. Yet, just like alcohol, cannabis affects brain functions required for safe driving (judgment, attention, vision, reaction time, motor coordination), rendering cannabis-impaired drivers less able to adapt to sudden changes while driving (especially teens).

Fact: early and frequent cannabis use is linked to psychotic disorders like schizophrenia

Neurotoxicity (brain cell damage) is most impactful when THC is used during the time of critical brain remodeling during adolescence. We cannot state that cannabis causes schizophrenia because most users don’t develop the disorder. However, there is a significant correlation between cannabis use and the onset of psychotic symptoms, which occur up to six years earlier in those who start smoking before age 15.

Those six years are a big deal because greater emotional and social development before the onset of psychotic symptoms is associated with less functional impairment. If avoiding cannabis delays the onset of schizophrenia by several years, this has a tremendous impact on educational attainment, relationships, independence, financial stability and treatment engagement.

The National Health Service (NHS) in the UK, having been “overwhelmed” by cannabis-related psychosis, recently opened clinics to treat tens of thousands of young people. NHS clinicians estimate that 25 per cent would not have developed psychosis but for their cannabis use.

Some brains are more vulnerable than others, but the trouble is, we don’t always know who has an “at-risk” brain. Adults should be free to decide how they wish to treat their brain/body as long as they don’t cause harm to others (so, please don’t drive under the influence).

However, when advising our children, we must consider what they stand to lose and what is gained by attempting to discredit the science. There is simply no cogent, evidence-based argument that recreational cannabis benefits young people and for a vulnerable, developing brain, the harmful effects of THC can be devastating.

1 thought on “Young brains and cannabis”